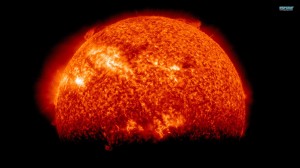 1. What is the diameter of the Sun?

2. What is the average distance from the Earth to the Sun?

3. What is the composition of the Sun?

– Traces of other elements

7. How is energy released from this reaction?

– At each stage in the Proton-Proton chain, matter is lost

8. Describe 2 methods that we can use to observe the sun.

– Project an image of the sun onto paper.

– Use a special H-Alpha or Mylar filter on a telescope.

-Remember, NEVER look at the sun directly as this can easily cause permanent blindness!

Cooler regions on the surface (Photosphere) of the Sun.

10. Describe the structure of a sunspot. 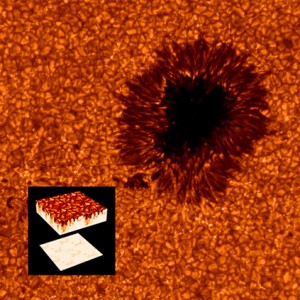 11. Describe the rotation of the Sun.

– The Sun doesn’t rotate as a solid body.

13. What is a Butterfly diagram?

– A Butterfly diagram is a graph of the latitude of the spot on the sun’s surface.

– A steady stream of charged particles from the corona.

– This is EMR emitted by ionised Hydrogen Gas

17. What other wavelengths of EMR are used to study the Sun?

18. What features of the Sun can you observe using an H-Alpha filter?