Here is a video I made about the Apollo Missions 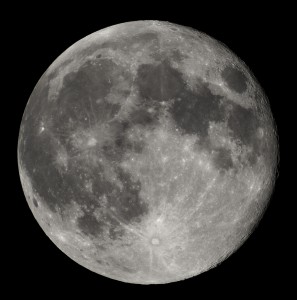 1. What is the diameter of the Moon?

2. What is the average distance to the Moon?

3. What is the strength of the Moon’s Gravity?

5. What is the Moon’s rotational period?

6. What is the Moon’s orbital period?

7. What is the Lunar Cycle?

Click here for an interactive demonstration of the Lunar Cycle.

8. Why is the Lunar Month 2.2 days longer than the Moon’s orbital period? 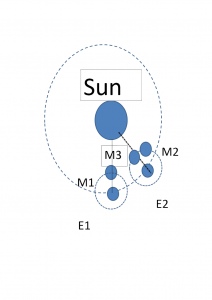 9. How and when did we first see the far side of the moon.

10. Who were the first humans to see the far side of the moon directly?

12. Why do we think the highland regions are older than the Lunar seas?

Smaller number of craters in the Lunar seas.

13. What were the objectives of NASA’s Apollo Programme?

To put men on the moon

To collect Lunar Soil and rock for analysis.

To beat the Russians and restore US prestige.

HERE IS A VIDEO I MADE ABOUT THE APOLLO MISSIONS

17. How many Humans have walked on the moon.

20. Describe 4 hypotheses for the for the formation of the Moon 4.5 billion years ago.

21. Give 3 pieces of evidence to support the Giant Impact Hypothesis.