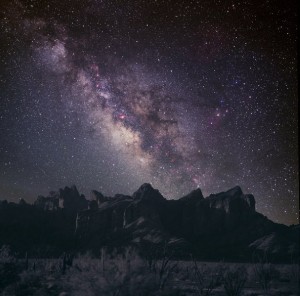 2. What are the two small satellite galaxies that orbit the milky way?

3. Explain the appearance of our galaxy from Earth and why it appears this way.

4. Describe the shape of the Milky Way.

5. Where in the sky of the Northern Hemisphere can you find the Milky Way?

6. Describe the three main structural components of our Galaxy.

7. Whereabouts is our solar system found in the Milky Way?

8. Apart from stars, what do the spiral arms of the Galaxy contain?

9. How can we see the structure of the spiral arms if light is being blocked by the clouds of dust and gas?